Former Student to Caltech and CERN

In addition to my full time job, I sometimes teach a course in Penn's Engineering School - specifically a Telecom Lab course on network protocols (mostly routing). The material covered in the course includes interior routing protocols like RIP, OSPF, and IS-IS; BGP for exterior routing; Multicast Routing; and MPLS (traffic engineering, Layer-2 and Layer-3 VPNs). I also cover the DNS and DHCP protocols in a fair amount of detail. All the lab assignments use both IPv4 and IPv6 extensively.

Indira is one of my former students, and also served as my teaching assistant the semester following the one during which she took the class. She just graduated (Masters Degree in Telecommunications) and is moving to Geneva, Switzerland for a full time job. She stopped in to see me last week on the day she was leaving and we snapped a few photos together. 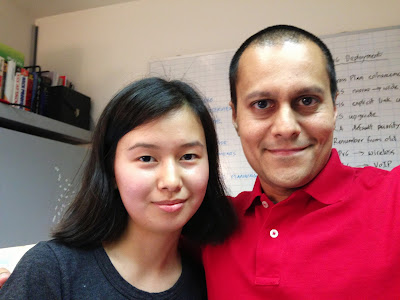 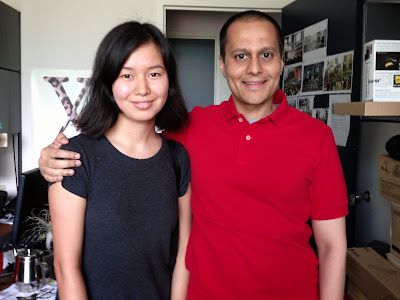 The job is a full time network engineer position with Caltech, but based at CERN in Switzerland, working with some Caltech colleagues I know (Artur Barczyk, Azher Mughal, Harvey Newman) from Internet2 and various other R&E conferences. Among other things, Caltech is involved in operating USLHCNet, a very high speed network that provides transatlantic connectivity between computing facilities at CERN's  Large Hadron Collider (LHC) and computing facilities at major US particle accelerator labs like Fermilab and Brookhaven.

Harvey was also one of the principal investigators for the NSF funded DYNES (Dynamic Network System) project, of which Penn is a participant. DYNES, via the Internet2 network infrastructure, provides dynamically allocated dedicated point to point circuits between remote research labs (a common endpoint is the LHC). Penn researchers were involved in building the LHC's ATLAS detector, and played a role in the Higgs particle discovery last year.

Congratulations and good luck to Indira - I'm sure she has a bright and productive career ahead of her. She left me a small gift - a box of chocolates from Kazakhstan, pictured below. The box is almost too attractive to open, so I haven't yet. 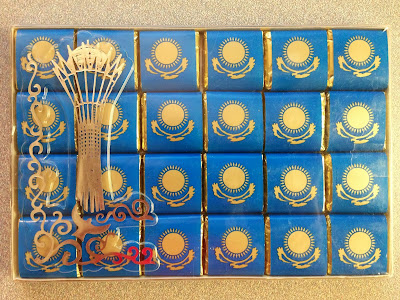 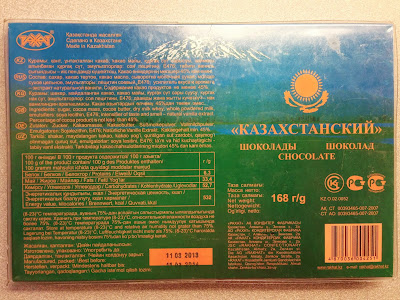 Another talented former student and Teaching Assistant, Sangeetha had been working for me part time in Penn's Networking department on various projects. She also recently left (due to her advisor leaving Penn), transferring into the Ph.D program (CS) at the UIUC.

I'm planning to cancel my teaching appointment, since I don't really have the time for it, given the demands of my full time job. I originally decided to teach the course as a favor to my colleague, Roch Guerin, but it's actually been quite a fun and rewarding experience for me (and hopefully my students). However, now that Roch is leaving Penn to take the CS department chair position at the University of Washington at St. Louis, it looks like Penn is winding down the TCOM program anyway - a good time for me to make an exit.

I'm planning to write a more detailed blog post about my teaching experience at Penn. More on that later.